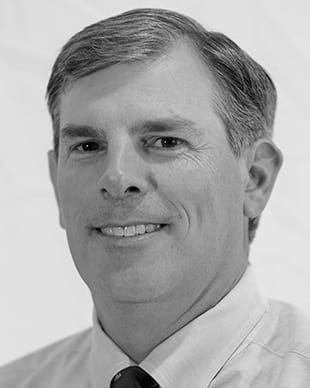 Michael Raffa has been with Embrace Home Loans since July 14, 1993. He is currently a Team Leader and Vice President. Mike oversees a team of 12 Loan Officers, one Processor and an Assistant Loan Officer, originating, processing and closing both purchase and refinance business. During his tenure with Embrace, Mike has been named the Top Annual Sales Leader four times and been a member of the prestigious All Star Team seven times. While he did spend some time working for Citizens Bank while still in school, Mike proudly describes Embrace as his first “real” job after graduating Bryant University. He has a Bachelor of Science Degree in Business Administration with a concentration in Finance.

Mike was born in Barrington, Rhode Island, where he now lives with his wife Meghan and their three children. His hobby of choice is coaching his boys’ sports teams including basketball, baseball and football.

Mike was a great loan officer. He responded quickly always answered our questions. Was willing to provide us guidance in a competitive market and made sure we were getting the best deal possible. Our transaction was seamless. I would recommend my friends and family to use Embrace and Michael Raffa.

Mike was professional throughout this process. He ensured ongoing communication from start to finish. There was a personalized touch offered during both the peaks and valley of my experience. The efficiency in which we were able to complete this transaction was quite impressive.

There are so many things to keep track of when buying a new home. It was a huge relief to know that our mortgage was in good hands with Mike and the Embrace team.

Mike and Holly took great care of us and were with us every step of the way.

5 TED Talks That Will Make You a Better Loan Officer

Admit it: in your downtime, you sometimes find yourself chatting on social media or clicking through videos on YouTube. But you’re absolutely not interested in mindless scrolling. You want whatever time you spend to be useful. You either want to feel educated, inspired, or make a connection — or you’ll be wasting time that you could…