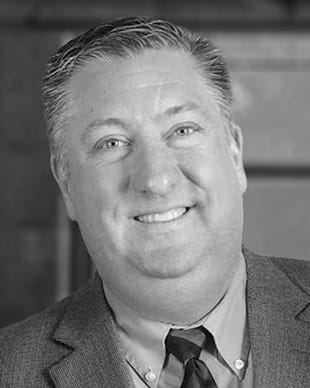 As Branch Manager of the Embrace office in Portland, Maine, Bruce Roullard originates mortgage loans and works with various business partners to get the word out about Embrace in the New England area. When you work with Bruce, you can expect him to not just be honest and efficient, but extremely authentic and respectful. Bruce’s professional service is founded on your long-term financial security and wealth and he will tailor your financing to your unique lifestyle and goals.

Bruce is a mortgage industry veteran with more than two decades of experience. He has been with Embrace since 2014, but spent most of 2019 as a Senior Loan Officer at Caliber Home Loans. He also worked for Guaranteed Rate as a Senior Loan Officer and Countrywide/Bank of America as a manager of two of their branch offices. Bruce entered the retail mortgage banking industry in 1998 working for GMAC Mortgage, Allied Home Mortgage, and American Home Mortgage.

Bruce currently lives in Gorham, Maine, and his dad resides in his household. Outside of work, he loves to stay busy and engaged in his community. He is interested in anything that involves history and historic preservation and he’s an appointed member of the Gorham Historic Preservation Commission. Bruce also enjoys travel, landscaping, singing, community service, and spending time with his two cats. He is the former Vice Chairman of the Gorham Town Council and former Chair of the Finance and Appointment Committees, Treasurer for Greater Portland Landmarks, Maine State Treasurer for Sons of the American Revolution, a member of the Legislative and Political Affairs Committee for Greater Portland Board of REALTORS®, and has been a member of the Portland Lions Club since 1994 and was awarded Melvin Jones Fellowship in 2013.

• Affiliate of the Year – Greater Portland Board of REALTORS® (2018)

Ask just about any professional from any field or industry, and they’ll probably tell you the same thing: Public speaking is stressful.  Whether you’re a teacher, a musician, or even a professional public speaker, you’re bound to have felt those involuntary shakes, butterflies in your stomach, sweaty palms, or dry mouth that follows you up…